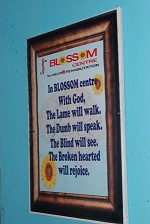 Epilepsy is a condition in which a person has recurrent seizures. A seizure is defined as an abnormal, disorderly discharging of the brain's nerve cells, resulting in a temporary disturbance of the person’s ability to think, to move or sense things. Seizures are majorly grouped depending primarily on the part of the brain involved. The term epilepsy says nothing about the type of seizure or cause of the seizure, only that the seizures happen again and again.

Some seizures have no known underlying cause. This may also be called primary or idiopathic epilepsy. Healthy people may have seizures under certain circumstances. If the seizures have a known cause, the condition is referred to as secondary or symptomatic epilepsy. Some of the more common causes include the following:

Almost any type of behavior that happens repetitively may represent a seizure.

A first seizure is a reason to visit your doctor or a hospital's emergency department. For someone with a diagnosed seizure disorder, a change in seizure patterns or more frequent seizures are reasons to see the doctor. Not every seizure necessitates a doctor’s visit. However, some seizures are emergencies, as in the following cases. A seizure that continues for more than 5 minutes

Self-Care at Home for Epilepsy

Home care with epilepsy varies with the frequency and type of seizures. It is important to take anticonvulsant medication regularly to prevent seizures.
When a seizure occurs, an observer can use common sense to prevent injuries.